truly You are german Now.

truly You are german Now.

Since we're here (for a little while longer), and since I like cookbooks as souvenirs from our travels, and since I've bought cookbooks in French and in Italian in the past and found them a pain in the ass to actually use, and since I figured a cookbook in Basque would be even more annoying to use: 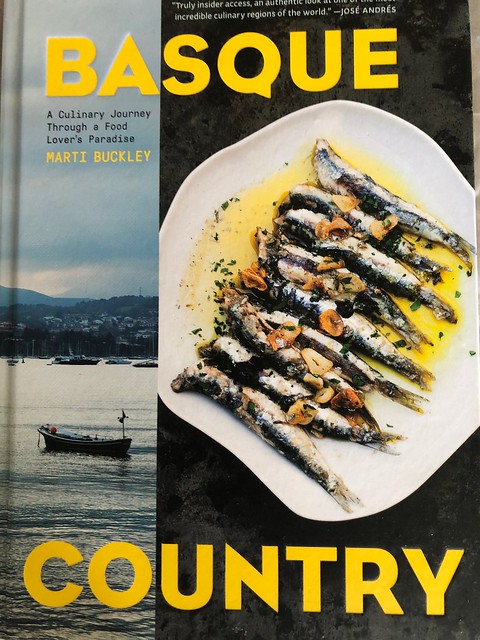 I was re-reading the original Nose to Tail by Fergus Henderson this week, partly because he’s mentioned in the terrific memoir in my signature. Not only do the recipes work, but the writing is hilarious. Simon Hopkinson with a very mischievous twist. Ingredients misbehaving. A classic.

Recently purchased "The SAS World-Wide Restaurant Cookbook." Published in 1960 when the Scandinavian Airlines Systems was considered one of the world's great carriers, this book re-prints famous recipes from the world's finest restaurants during that time period.

Thirty-five plus countries and 60 plus cities are represented - the entire flight plan of SAS at the time. It was purchased for $4 at the online thrift shop and it is one of the top cookbooks ever written and published IMO - will be cooking from this for years.

Urge everyone to pick up a copy - not just for the recipes but for the intriguing narrative and reviews as well.

I was Jonesing for William Lediuiel's Bouillons but couldn't rationalize paying €35 for a handful of recipes on which all the rest of the book was based.     Googled to find that someone had done the cherry-picking for me.

I was Jonesing for William Lediuiel's Bouillons but couldn't rationalize paying €35 for a handful of recipes on which all the rest of the book was based.     Googled to find that someone had done the cherry-picking for me.

For some reason, I'm having trouble reading this.

On the other hand, I started leafing though a bunch of my (already purchased) cookbooks, the Middle Eastern and Mediterranean stuff I have - and there's plenty of them. Reason - well, I want to be inspired and cook more of this stuff over the ensuing warmer months. More grains, more room temp foods, etc. etc. You know, the healthy stuff.

Anyway, I pull a few books off the shelf, including The Complete Middle East Cookbook, by someone named Tess Mallos. I don't recall when or where I bought it, but it was bought used and stuck on a shelf, and may not have even been opened by me in the past however many years.  It's about the food of the 19 countries listed below:

Isn't there a country (or two, perhaps) missing from this list?

I hear you but you're young,    I already have some 35 running feet of cookbooks, a d-i-l who doesn't cook and a son who is interested but has no time.   So I cherry pick some recipes of current interest, print them out including photos and binder them.   I try to test them in real time and toss those that don't male the cut.

Just trying to cut down on the eventual "big garage sale".

I sold a copy of Plenty at our neighbourhood flea market but then found a copy of Jerusalem in the paper recycling. Basically net cookbooks flat but 8 Euro richer. Now what should I cook?

I've loved everything I've made from that book.

My copies of Sababa and Shuk arrived yesterday. Looking forward to using them.

Canal House's Cook Something.  I really like their recipes.

I don't know if I need to own Meredith Erickson's Alpine Cooking, but I'm glad someone wrote it. Given Joe Beef was her last cookbook, I wonder if knödel are going to the the next big thing. Anyway, I knew a lot of the Italian and Austrian places mentioned in the book, and they are pretty great. Missing a fact checker though.

how about indian (-ish)?

Back to Written word