76 replies to this topic

Tori Shin always seemed an appropriate name to me for a place that specializes in leg bones.

I did the "vip" counter as a walk-in on Friday night, just before I left for Nevada. (I don't think they ordinarily allow this, but they know me.) The counter seats maybe six and you're served by a waitress and two chefs - the night I went it was Kono and the owner (Shu Ikeda, who I don't recall actually meeting before). The meal costs $140 - double the regular omakase.

The upgraded omakase consists of a pared down version of the standard omakase (they shrink the portions by maybe a third), plus a special seasonal appetizer set, a choice between a fancy skewer of washu beef or iberico pork, and some extra dessert options.

In my opinion, it's a poor value compared to the standard omakase, but I'm glad I tried it. The new additions are a little outside their wheelhouse I think, but it's new so maybe they'll improve. The best of them - by quite a wide margin - was a spectacular chicken ramen that you get as an option for your "main course" after the skewers end (and they only offer it at the VIP counter). It includes a few pieces of house-made chicken thigh cha-shu, which tastes remarkably like pork (maybe better), and a sake-cured quail egg. It's almost worth getting the VIP omakase just for this dish.

The other additions were sort of forgettable - cod roe, chicken pate with a truffle shaving, crab butter (guts). The washu beef skewer was nice, though.

Afterwards I took a look around the new place - the main counter is actually smaller than before, and they've added more table seating, including a bar in the front. I have no clue why anybody would want to eat at the bar by the front door, but people were eating there. I miss the original spot, but the new spot's just as good.

I forgot about the eel tempura - they fry a piece of hamo in front of you - it was good, but mine had a couple bones. Again, I think they're straying outside their wheelhouse. The standard omakase is the best option. But you miss that ramen.

still good? (i'm assuming it would be possible to take the boys here for an early dinner--they will be all over the skewers.)

Totto would be a better choice for the boys. More a la carte focused

But they no longer use charcoal (I’m told).

tori shin seems to have a large a la carte selection too?

both seem to be a 10-12 minute walk from the theater mrs. jones will be going to after dinner so i leave it to you all to make the decision for us.

Totto is more casual and doesn't have an omakase to sell you. Tori Shin is priced for, and wants to sell you omakase.

Tori shin is better. But Totto is good. As a certified kid haver I would take them to totto before Tori shin. But neither would be a mistake.

we will happily eat the slightly cheaper skewers. hopefully instagram will understand.

I don’t know I think Tori Shin is the best I’ve had. Toto was lacking the last time I went. There’s aburiya, theres taisho, I don’t know what the second best is

Maybe this is where you really want to go? 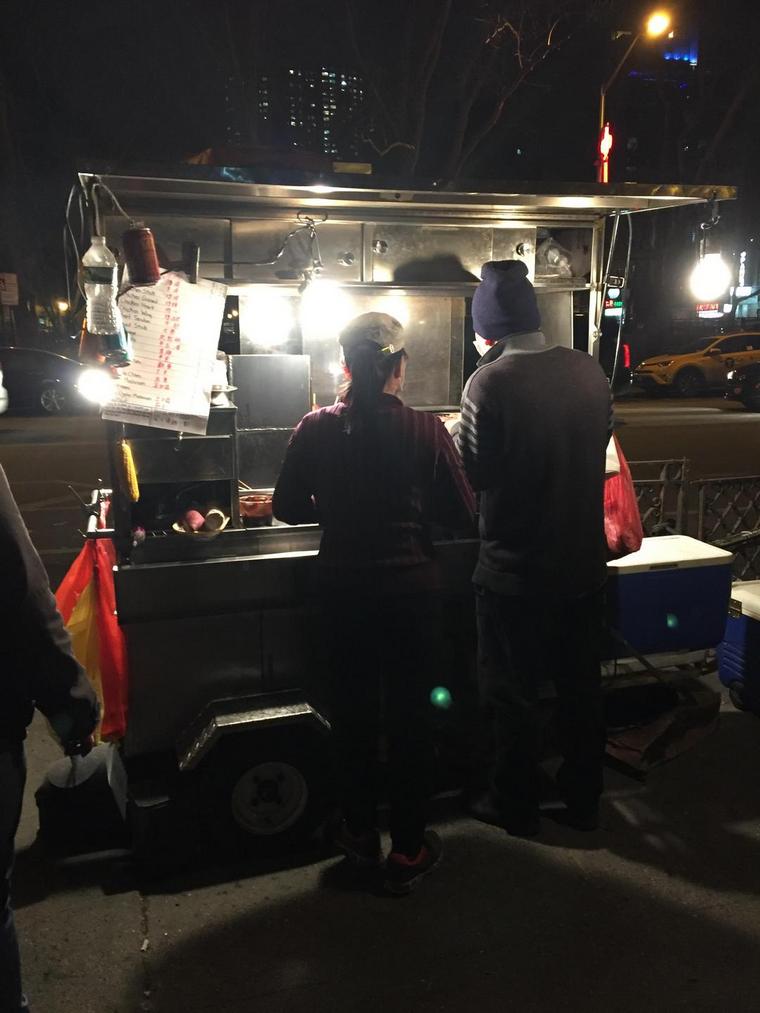 Corner of Grand and Chrystie Streets.

They have a special - 8 skewers for $10. And they're pretty good (though Significant Eater won't eat them).