58 replies to this topic

So we knew it would come down to Clemson and Alabama.  Why did we waste time on the prelims?

What has become of college football?

I remember the days of players like Billy Cannon and Jim Swink.  They may have had some issues, but did anyone ever say they had been paid to play?  Now, the coaching staffs (not just the head coach) of some teams are paid exorbitant sums, even more than NFL coaches.    Maybe they are good.  But somehow they manage to recruit incredible players from all over the nation.  How do they do this?  And when there is an injury, they manage to get a player to transfer from another school.  How does this happen?

If we want to allow colleges to field professional teams, why don't we come out and admit it?  Yes, periodically some team is sanctioned for violations, but it is rare that the top teams are.  How can this be?

Something is rotten in the NCAA.  College football has been corrupted.  Where is our Kenesaw Mountain Landis? 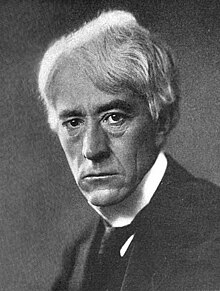 Nickname(s) "The Judge", "The Squire" Baseball career Member of the National

I think you'll find somewhat remarkably that college sports, white still heinously corrupt, are no more corrupt than they ever were. Billy Cannon was almost certainly paid to play for example.

Additionally I'd surmise the quality at the top had always been this concentrated, is just that the playoff reduces the number of games worth watching.

Of course ironically I think we would have gotten ma Clemson Oklahoma Orange bowl and an Alabama ND sugar bowl under the old system and now we'd be left with a right over who was better. Not sure that was an improvement.

Last night was the first time I saw the Nick Saban python not work. He tried to put the game to sleep up 28-0 and couldn't get it done.

Ironically I think he actually miscalculated. It's like the better team in basketball slowing the game down. He should have pushed pace knowing it would eventually create turnovers and they would cash in all of those. I mean the game was never in doubt and they would have covered if they wanted to but still.

I think that's the first time I've ever seen Saban get a strategy like that wrong. Kyler Murray was incredible.

Kudos to the morons who moved the ND line from 13 to 11 and then got smoked.

i have found the kyler murray saga endlessly fascinating and is only going to get more fascinating.

the problem right now is that the playoff is too small. eight teams solves every problem and more than doubles the number of worthwhile games (and creates more worthwhile games than the old system).

I want the regular season the mean something.

I hate ND, was convinced they'd get run, but they deserved to be there.

I want the regular season the mean something.

This is the worst cfb take.

An eight team playoff for the power five champs plus three at large teams increases the value of the regular season and preserves the integrity of the conference championships and gives seven meaningful post season games with a legitimate champion.

Except it doesn't really. It makes the marginal championships matter, but a game between two top five teams the loser gets in regardless.


Or out another way when was the last time the fifth team had a legit argument for being #1.

Except it doesn't really. It makes the marginal championships matter, but a game between two top five teams the loser gets in regardless.


Or out another way when was the last time the fifth team had a legit argument for being #1.

There just aren’t sufficient nodes of contact between conferences to determine whether a two loss pac 12 champion is really better or worse than a one loss big 12 champ.

In a counter factual world where Georgia beats Bama in the SEC title game, it turns out that the big 12 and big 10 regular seasons where meaningless (in addition to the PAC 12 and non-power regular seasons) and the championship games would have been meaningless.

No championship system other than a multi-game round robin is designed or capable of identifying the best team (talk to the 2007 pats). The goal is to set up a system that makes for the most meaningful games regular season and playoff and identifies a legitimate champion. An eight team playoff based on a conference championship mode does that.

Name the 4 colleges that have produced a US President and a Super Bowl winning QB?


All are lunatics, but he who can analyze his delusions is called a philosopher.
Ambrose Bierce

Michigan
Navy
Stanford
I have no idea what 4 is unless Carter counts as Georgia Tech.
ETA:
Oh. Yeah the 4th is hard. Not GT. I had to Google it.

on the other hand, the only way i'd ever root for alabama is if they were playing notre dame.

Well, obviously not the outcome we wanted. This one was really tough though. Lots of tears from the players, their families and staff. Not because we lost. But because this was a really special group...especially the Seniors (and some Juniors who will declare for the draft, barring a miracle). And they feel like they didn’t ‘finish’. Going to be a very quiet flight back to Tuscaloosa in the morning :-(

Kudos to Dabo and Clemson. They are a class program. They kicked our butts soundly. I hope we see them in NOLA next year.

PS—if they ever have another CFPlayoff game/Championship in Santa Clara—I highly suggest you stay home and watch it on tv. I know I would if I could.

What happened to The Process?