18 replies to this topic

I am looking for a really authentic and delicious okonomiyaki recipe, simple to make on the hot plate of my bbq.
I had this in Japan and would like to reproduce it for my guests here in Adelaide South Australia.

Here's a good one:

Thank you for the recipe, I will make it today and let you know how I get on.

I feel bad should try making some kind of okonomiyaki. They look tasty in all the countless photos, but surely I don't have to go out for an omelette/pancake?

How hard can it be?

Here's a good one:

I am psyched we once provided cooking advice to South Australia.

So true,   So we don't wallow in remorse, do list our alternative accomplishments.

I think that recipe has too much flour, plus no nagaimo. Nagaimo makes a difference (in Osaka-style okonomiyaki, anyway).

The way I was taught to make it:

Take some thinly sliced cabbage (if you really want, you can use a mandoline, and you can cut out the thick rib, but I never do) and dump some in a donburi bowl, so it's about 2/3 to 3/4 full.

In a small bowl, grate about an inch of nagaimo (the nagaimo should be about 2-3" diameter. If smaller grate more than an inch, if larger, grate less) and to it, add an egg and a sprinkling of instant dashi powder. Maybe 1 tsp? 1/2 tsp? Mix it. It doesn't have to be mixed very well and the dashi powder won't dissolve, but that's OK.

Dump the nagaimo mixture onto the cabbage and mix. Then add a heaping Chinese soup spoon of flour, and mix again.

I don't like konnyaku in mine, so I don't put it in. But a lot of okonomiyaki places I've been to add konnyaku to the mix. I say leave it out. You can add tenkasu (the little floaty bits of batter from making tempura), but I never do.

Serve with okonomiyaki sauce and a touch of mayonnaise. This is one of the few dishes which benefits from kewpie mayonnaise. This and takoyaki. I hate kewpie, otherwise. And you can top with nori flakes and bonito flakes, but I never do that, either.

If you use seafood, I'd mix it into the batter. One of my other favourites is buta mochi. If you make that kind, replace the shredded cheese with thinly sliced mochi. I only have buta mochi (or sometimes mochi cheese) at okonomiyaki restaurants. At home I only make buta cheese.

If you've never used nagaimo, it's very slimy when you grate it, so use a ginger grater if you have one, but if you don't, you can use the fine holes on a regular grater. If you have a lot left over, you can cut it into okonomiyaki-recipe-sized chunks and freeze it. If you peel your nagaimo, peel it before you freeze it. But I don't bother with peeling. Then just grate it from frozen because if you let it thaw, it will be brown, but also very slimy so even more difficult to grate. It's available in East/South East Asian grocery stores and looks like this:

The dashi powder probably has msg, but that's what makes it delicious. I use this one: 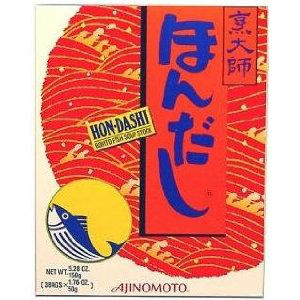 And the donburi bowl deep, but not too wide, so not like a ramen bowl. It's about this size (I didn't make it a photo because the photo was too big):

It's also fun to discover you're touch allergic to naga imo skin. A very firy hour, and a reason to peel it for your guests

Not being eGullet is an accomplishment.

Good point. If someone were allergic to Nagaimo would that person also have an allergy to regular taro? Or to Yamaimo? Or is Nagaimo just a type of Yamaimo. I never did figure that out, but I did once buy something labeled as Yamaimo thinking it was Nagaimo (before I could read kanji very well) but my okonomiyaki wasn't as good.

I should also mention that my sort of recipe only makes one serving. You could make a larger recipe for more servings, but it's never as good as making one batch at a time.

I am psyched we once provided cooking advice to South Australia.

Not being eGullet is an accomplishment.

So is not holding grudges for years, over bupkus, no?

Good point. If someone were allergic to Nagaimo would that person also have an allergy to regular taro? Or to Yamaimo? Or is Nagaimo just a type of Yamaimo. I never did figure that out, but I did once buy something labeled as Yamaimo thinking it was Nagaimo (before I could read kanji very well) but my okonomiyaki wasn't as good.

Actually many (like, 20% of) people react to the skins, but are not allergic to eating the inside. Taro doesn't have the crystals that cause this, but Yamaimo and whatever else has a peel that looks and feels like nagaimo does.

I will get my daughter to grate it.  That seems like the best solution.

Back to In the kitchen