The one I know best doesn't.

I may never eat pizza now the only good place has closed. Farinelli’s.

I went to Dough Vale last night.. A husband and wife, hes from Palermo, she is from Brazil.. They have been opened 7 months.. It's a tiny little spot with just a few tables... The menu is really small, a few salads, a few pastas and the pizza.. We ordered the pizzas,, They are large and around 14 or 17 dollars.. The place is BYOB, they do not have their liquor license yet.  So, yeh, no corkage and cheap pizza.. The pizza is like none I have ever had.. We were the only customers in there, we arrived right as these Australians were gushing over how good the pizza was.. While it was nice to hear, I wasn't really too swayed as, well they were Australians.. And while I am not convinced their pizza is so great, I know they are notoriously friendly... But, yeh, these guys vowed to return and well, they were gushing.,

From the initial crunch I heard as the pizza cutter cracked into the crust, something was up..  It was not a normal sounding crunch.. The pizza looks beautiful and I was surprised at the lightness of the pizza.. I definitely over shot the weight of the slice which had me bring it up to my face more quickly than expected.  The pizza was so crunchy, it was light and airy, it was well, understandable once the guy explained the dough... Its a mixture of semolina, soy flour and rice flour.. the semolina making it slightly gritty, the rice and soy gave it those tiny little blisters everywhere.. It was yeh, the rice and soy flour that was really unique..  The pizza guy explained that the pizza even stays crunchy the next day.. i have some in my fridge and waiting to get home to see.

We tried a sausage pizza and the 4 cheese pizza.. The sausage was the clear winner.  It's a husband and wife team, they opened  7 months ago, they look exhausted, they were the only two employees and they have a baby and well, yeh, not easy.. But the guy has been working for 27 years with pizza and created this style of pizza and well, it's one of a kind and it's really freaking good.  I look forward to going back...

Not the best shot but, this is the best I can do: 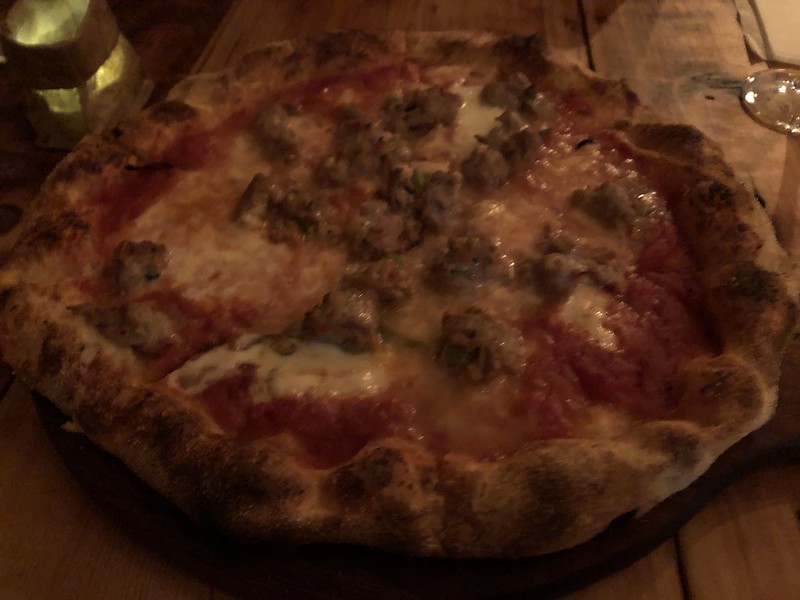 this is from their site: 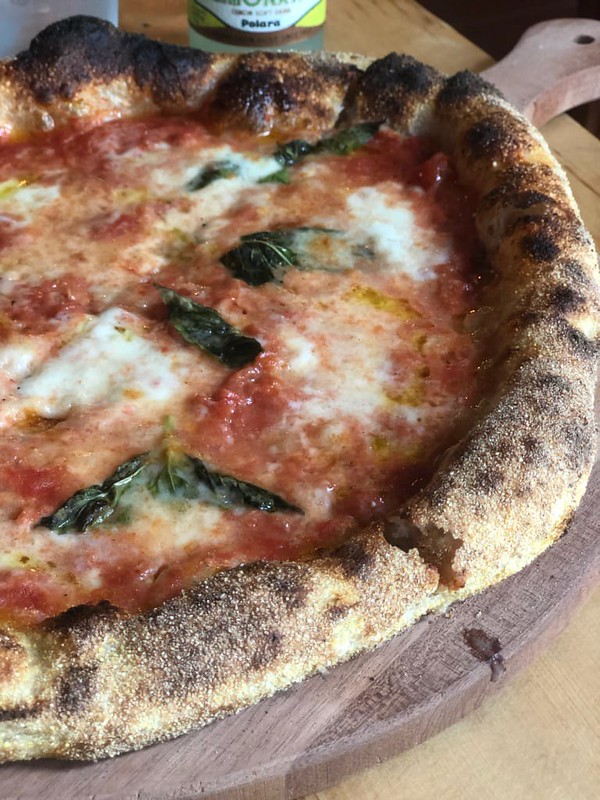 the restaurant is at 330 s 3rd street in williamsburg in case is out of googles.

Didn't Two Boots use to (maybe still) do something similar with semolina? This looks much nicer of course.

Trying to figure out if a small pizza oven is in the making for the new place, of course not for pizza.

Didn't Two Boots use to (maybe still) do something similar with semolina? This looks much nicer of course.

Trying to figure out if a small pizza oven is in the making for the new place, of course not for pizza.

Also, the Roman pizza place the Sneak was recently at had a crust made out of different flours.

Oh God I love that place.

I had a near-perfect slice at Scarr's yesterday. Which isn't an easy thing to do, because they're usually too busy for me to want to wait for a slice. Or they're out, because of all the people who had been waiting for pizza.

But at like 2:45 in the afternoon, it was before school let out, after the lunch rush, and I was one of maybe 5 people in there. It was just as great as a slice should be.