41 replies to this topic

There's a Resy link on the site.

New chef Ian Anderson, not the old White House chef but, a chef who worked at Miss Ada and Betony according to eater. I will hit it up for sure

There's a Resy link on the site.

The site is blank for me.

Works for me. Annoying single page layout but works.

Okay, if I scroll right down, the footer with the Resy button is indeed there.  But blank space above it for me.

The site still shows the previous chef's menu, which doesn't seem like a positive, but it could just be out of date.

New Chef, Ian Anderson, a young man, use to be the sous at Betony.. He looks super young and only really lists a 4 year stint at Betony as his professional experience.. But, now he is the head chef and from what I have witnessed, he is making some lovely food..

We started with the tempura asparagus and sauce bernaise..   The tempura was perfect, it had this super shattery shell and it was perfectly cooked on the inside.. I am assuming, it was a blanch before the fry.  The bernaise sauce was also spot on.. It was so light and airy.. Not this mayo shit but, a perfectly made sauce.. 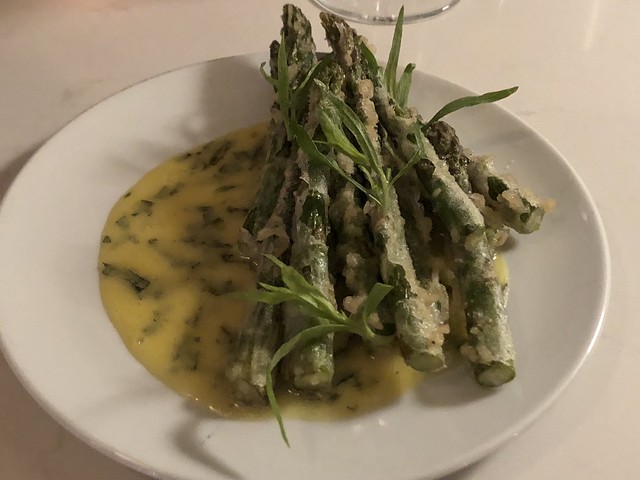 it was almost like they used water or added water to the emulsification, but, they didn't. It was just a perfectly light sauce. . 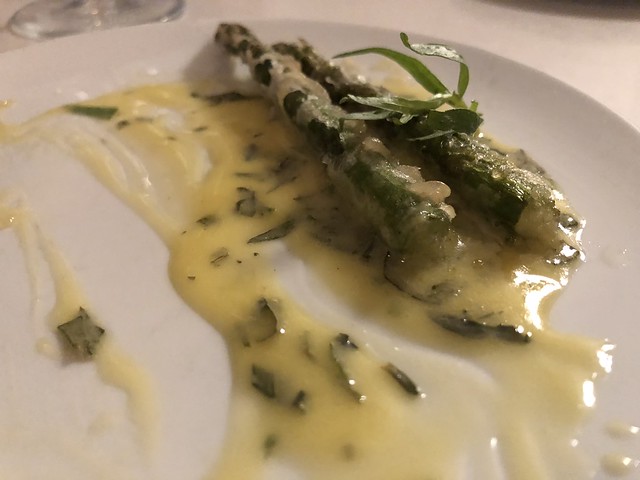 Next up, we were gifted their liver mousse on toast..  They make their own bread, the toast was hearty and held up to the liver.. 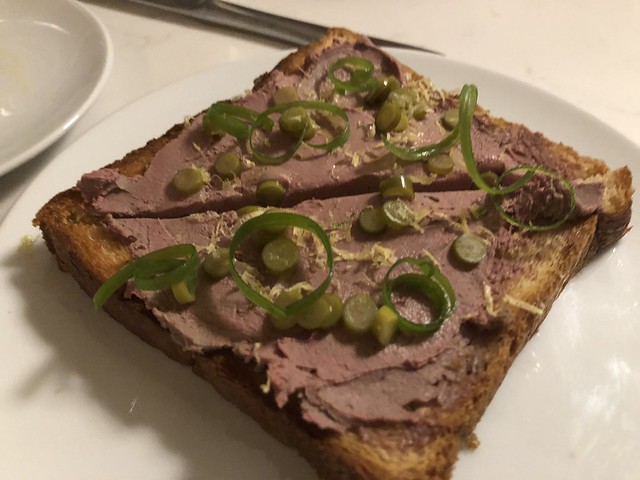 We also ordered the hamachi crudo with I forget what kind of chip.. It was refreshing after the first two heavy courses.. Not to mention, worlds better than the crudo I had a few nights before at Momofuku 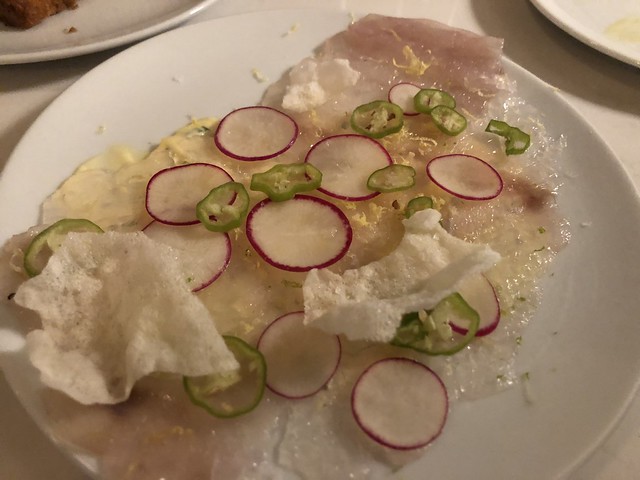 Duck and corn.. Lovely dish, well executed.. This guy knows how to make sauces, for sure.. 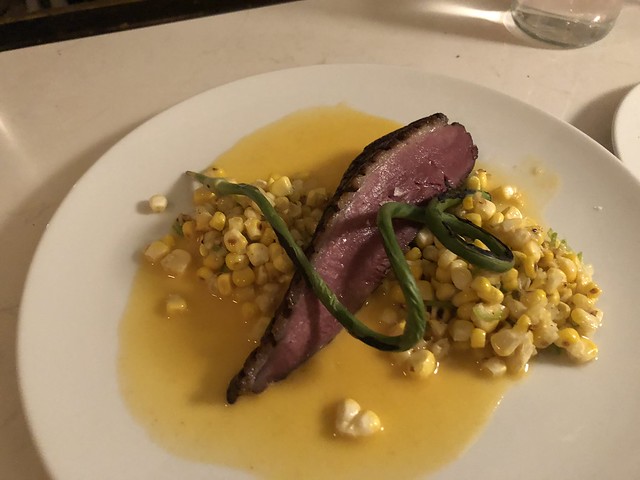 We were also gifted a dessert and some drinks, I am sure. Oh, a slice of their ridiculously good bread as well! . But, yeh, lovely place..   One of the better experiences I have had here.. The new  guy is good and I am excited for cold months..

Anyone been back since? I liked this place but the current entrees are boring.

Anyone been back since? I liked this place but the current entrees are boring.

No one goes there anymore, it's far too easy getting a reservation.

You can go and order in from Olmsted

I feel like someone posted something about a bad meal here in another thread.

Also tagged with one or more of these keywords: Brooklyn, Clinton Hill