21 replies to this topic

I've decided to make a dacquoise for the seder.  but i don't have my cookbook with me, and I don't trust the recipees I'm finding on the nets.

Can someone point me to one?  Mostly for the almond meringue.  I'm going to make a hazelnut buttercream (French, I think) for the filling and probably whipped cream for the top.  Maybe a ganache.

Does this work for you? 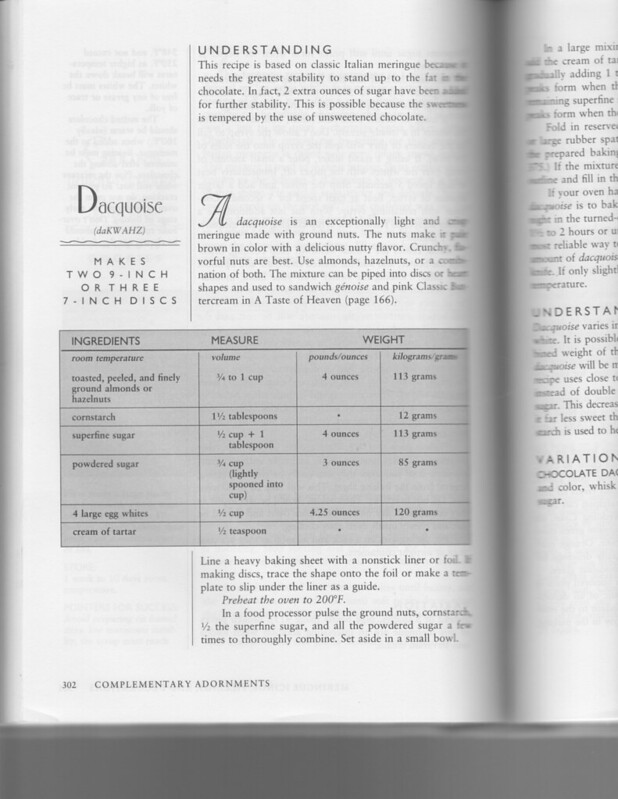 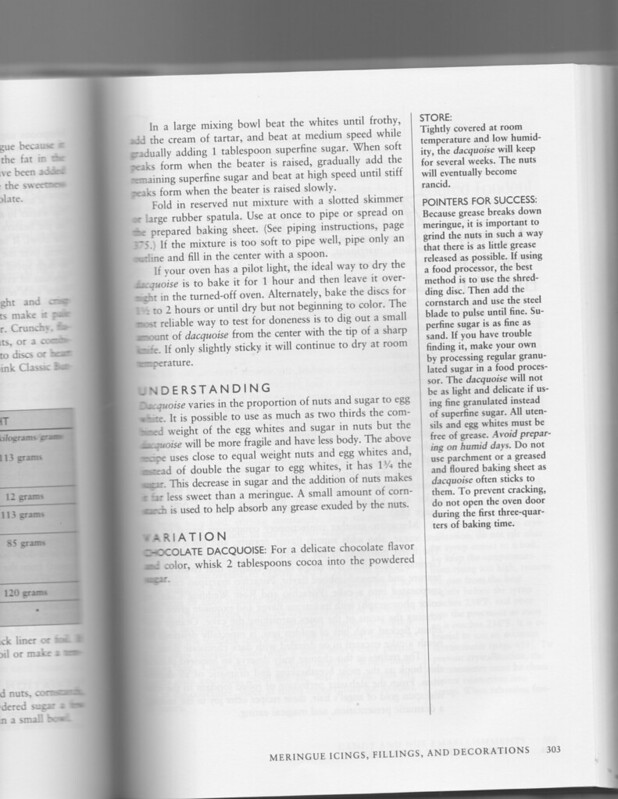 I would trust that recipe if it told me to light myself on fire.

And I love how she offers the measurements 3 different ways.

If Stone's family will not eat cornstarch on Passover, can he substitute potato starch? David Joachim (Food Substitutions Bible, 2nd ed.) and others say 2 tsp potato starch = 1 tablespoon cornstarch (2:3) but that's for thickening liquids. Would it work the same here? (Rose did not put a substitutions chart in the new book.) Also, the powdered sugar has to not have cornstarch, which most do.

If they will, no problem.

just a hunch but I'm guessing Rose Levy Beranbaum has written about passover substitutions on her blog or something.

Sephardic - cornstarch is OK.  Askenzic - not OK.  In my family, everything was OK.

Also - the cream of tartar is NOT kosher for passover. Unless you're a goy.

Here's a blog from Rose about Passover.

And I love how she offers the measurements 3 different ways.

Yes, that would be interesting. We could learn all sorts of things about each other--maybe things we'd rather not know.

But I'll leave starting that thread to someone else; I've already started a contentious one this week (the "French defense" thread), and one is enough.

Exactly. As long as they think and believe it's kosher for Passover, it basically is.

Exactly. As long as they think and believe it's kosher for Passover, it basically is.

It's okay only until Stone dies and goes to hell (or its Jewish equivalent) for making them eat it.

There is no hell.  It's just really hard to get into heaven. 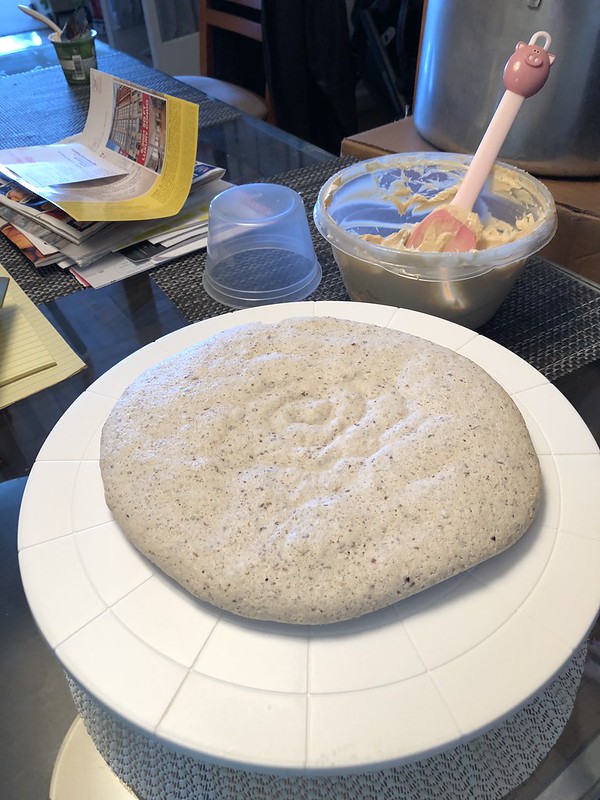 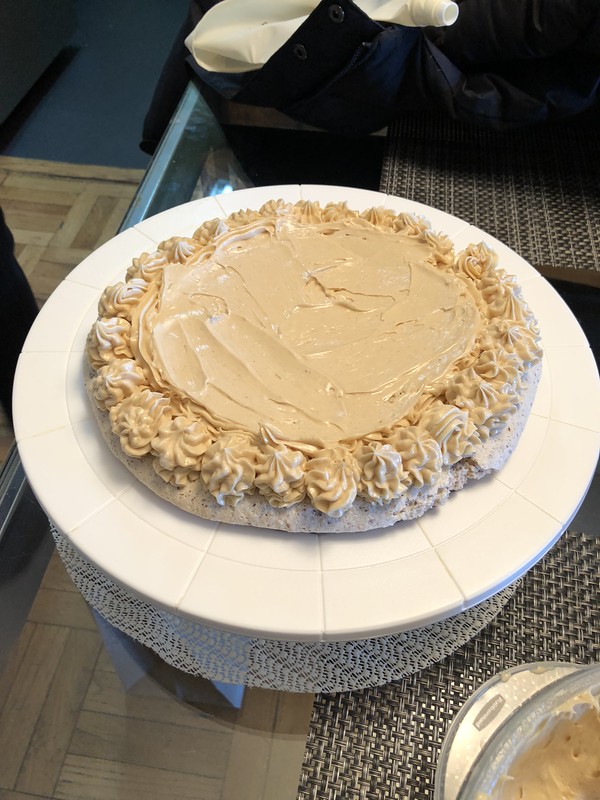 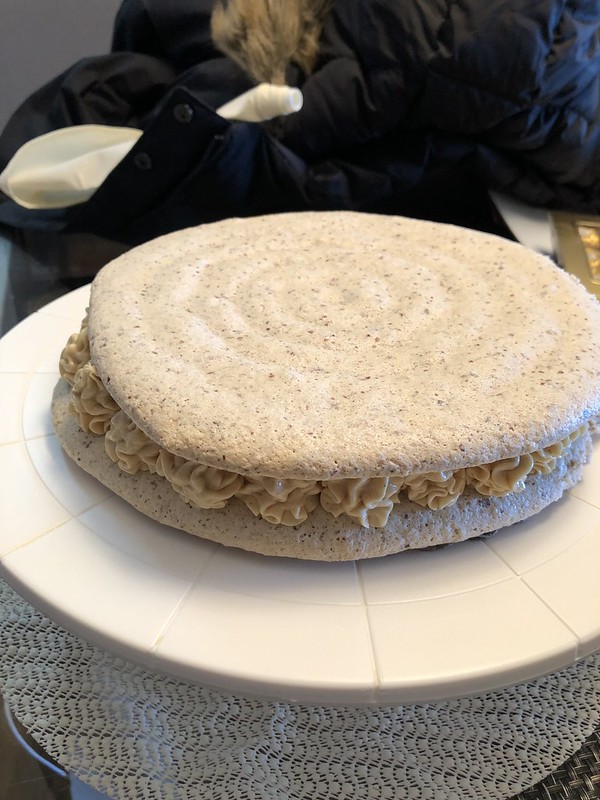 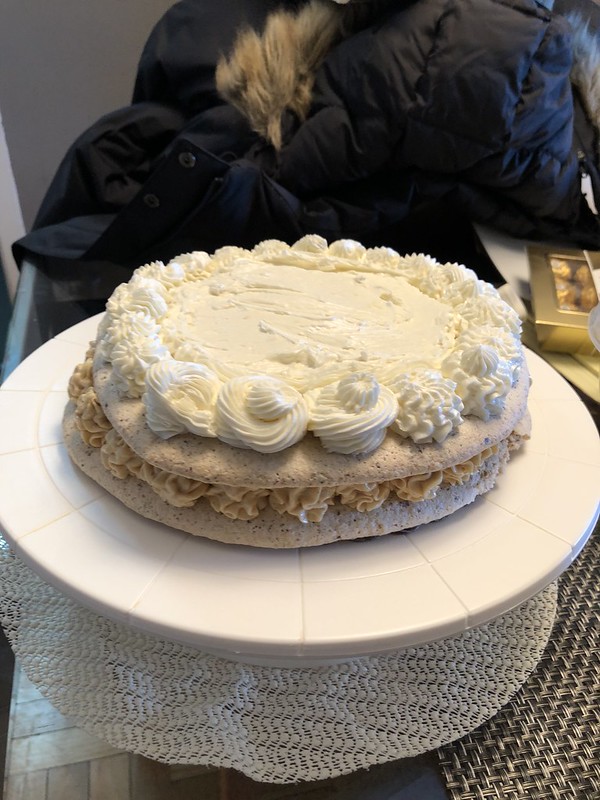 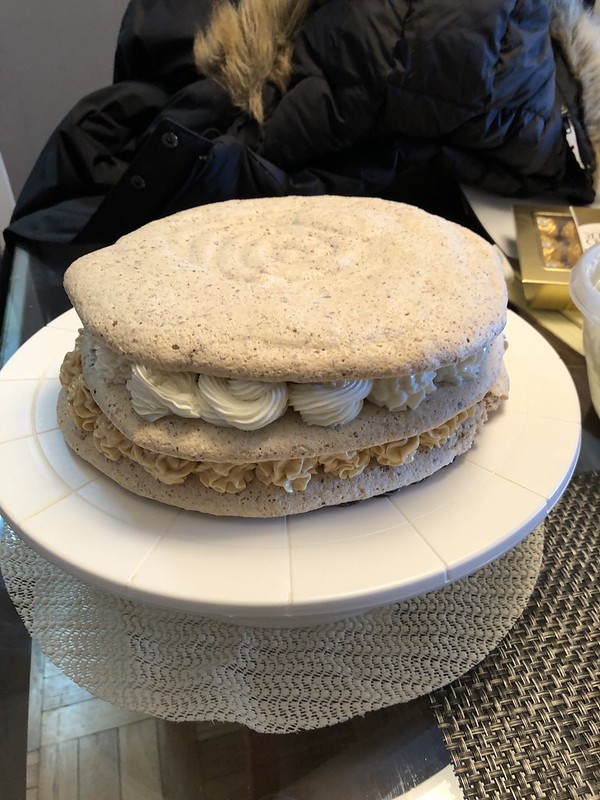 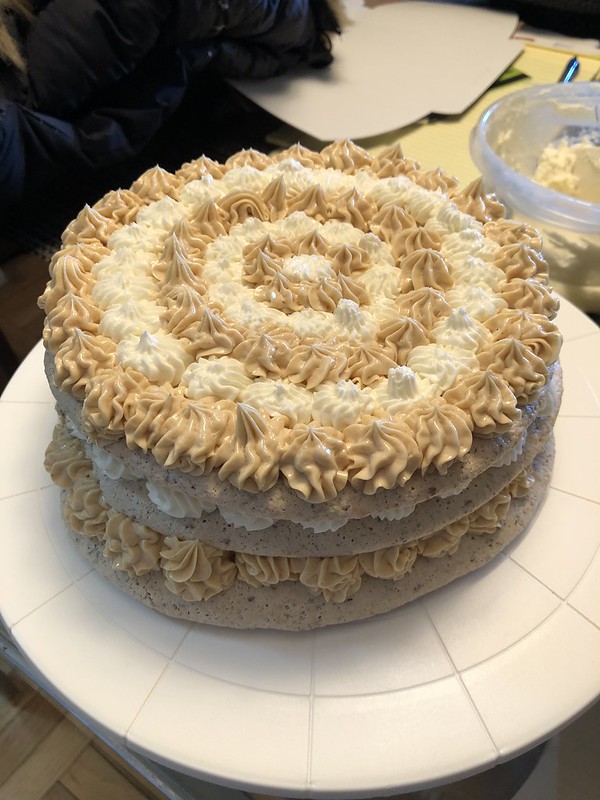 I'm not sure why it looks so lop-sided in the photo.  It wasn't perfect, but this is a bad angle.

My meringue wasn't great.  You can see that they deflated a bit after piping.  I went with the Mary Berry recipe instead of the one above, mostly because it made enough for 3 7" rounds.  The recipe called for 9 oz of almond meal to 6 egg whites -- quite a bit of almond.  I'm not sure if that caused  the deflation, or maybe I didn't whip the egg whites stiff enough.  Or maybe the kitchen was too hot.

It tasted great.  I was worried that the two buttercreams would be too rich, but people loved it.  I had to tell them that the meringues didn't come out right.  They were firm and a bit chewy; not crisp and airy.  (I assume that a dacquoise is supposed to have the same texture as a regular meringue?)  But I was pretty happy with the results.  By far the best meringues I've made.  (Usually I just slide them into the garbage.)

the wife gets the credit for the piping.

Back to Baking and Dessert