1 reply to this topic

dinner at canis tonight was spectacular. the meal of the trip and the best "fine dining" restaurant meal i've had in a while. adrian, i'd highly recommend trying their current menu. i'll have a detailed review in the next couple of weeks. 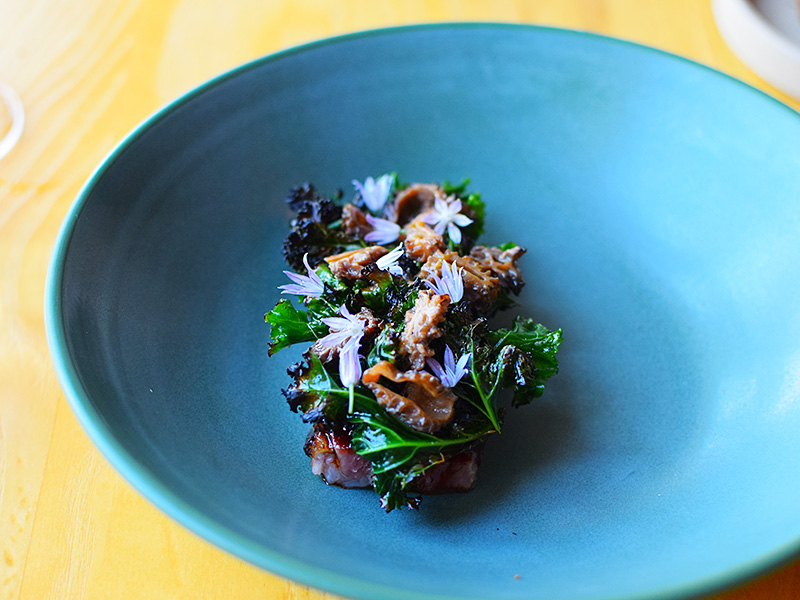 Fogo Island is in Newfoundland and has become a thing since a very rich former resident funded the building of this: https://fogoislandinn.ca/. The seafood from around there is very good.

Glad you enjoyed Canis. I'm hoping to get back with a friend in August - we keep trying to go and keep getting thwarted by circumstances - but there is talent in the kitchen. My last meal there in February fell a bit short. A lot of the ideas in the early courses were a slight bit of the mark, and there were some questionable compositions and cooking techniques. A sous-vided short rib sitting in a very good fermented onion broth with a few other components would have worked much better with the same broth and a traditional braise in a ravioli. The modern elements only serving to highlight how more classical techniques would have been superior.

That said, it still was a good meal, and the duck is reason to go in and of itself. It's a masterpiece, and one of the few times at modern-style restaurants where I've found that the Big Protein is not a disappointment.

It's an easy place to like, and I will be back.