With a name like Cattle Decapitation, they don't even have to play anything to be great.

I feel like their set redeemed all of the terrible 90s vegan hardcore.

obituary playing all of slowly we rot and false prophet. there can’t be a genre of music as dedicated to nostalgia as death metal is right now.

For anyone who likes jazzy hip-hop, these should be great shows: https://www.broadway...anuary-20191216

This just popped into my feed last night - so I snatched a pair of tix...Fotografiska

To close out the year, we are thrilled to continue our celebration of powerful female artists at Fotografiska. Join us this Friday December 27th, for an intimate acoustic performance by three-time Grammy Award winner Lucinda Williams. You will be surrounded by photographer and musican Danny Clinch’s Amplifier. This installation is part of the opening exhibitions at Fotografiska New York. 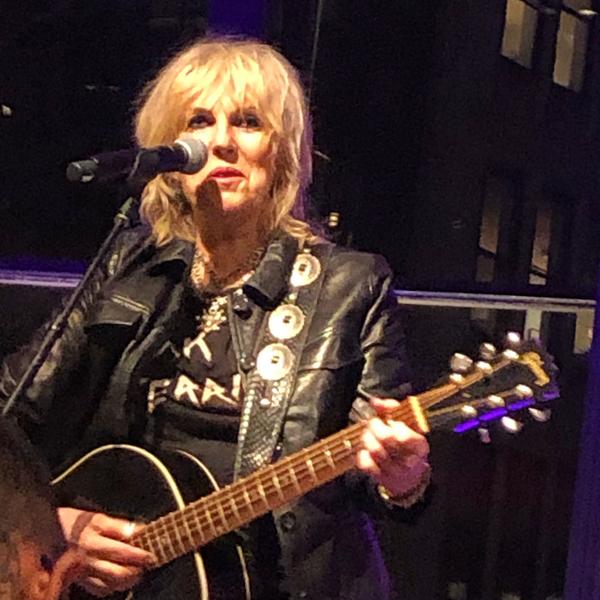 Really fun to see one of my favorite artists in such an intimate (like 150 people) setting.

The building, a landmarked 1894 structure, now houses Fotografiska, and it is gorgeous inside and out.

For anyone who likes jazzy hip-hop, these should be great shows: https://www.broadway...anuary-20191216

I've loved Maurice Brown since his early days playing trumpet  and handling the horn arrangements for the Tedeschi Trucks Band. One of my best Jazzfest days ever included seeing Brown lead his own jazz band in the Jazz Tent followed and an hour later by him rocking out on the main stage with the Tedeschi Trucks Band and then again late night playing the funk with Doug Wimbish.

Other than this being a shorter set than anticipated at The Blue Note last night,(I was at the early set, the later set went longer)  this did not disappoint. Brown is an expert arranger and his own songs just epitomize cool. He has played on the last two Anderson .Paak tours and the two of them really hit it off. Last night Paak played drums in Brown's stellar band which included Isaiah Sharkey on guitar, James Francis on keys and Ben Williams on bass.

Excellent mix of improv jazz, jazzy hip hop and a couple of Anderson .Paak songs. Paak has a way about him that brings the definition of engaging to a whole other level. And last night he was basically a side man.

And hoping Anderson .Paak and his band The Restless Natives make it to Jazzfest this year.

The National Jazz Museum in Harlem, a small space, is hosting occasional Sunday afternoon sets, featuring noted musicians, followed by jams when everyone from haggard vets to students to children get on stage. Worthy of your consideration. Free.

I saw Knoel Scott of Arkestra repute leading a Charlie Parker tribute, and it was a good time. I had also consumed huge tender oxtails with collards at the FDB Manna’s beforehand. The nearer Malcolm X Manna’s was closed. There’s a Jacob across Malcolm X from the museum if you don’t have a Manna’s loyalty card.*

*There is no card, my wife and I have nostalgia together for Manna’s, Jacob was me going off on my own thing.

It was more than a week ago, but I might as well report that last week's Caroline Shaw composer showcase at Miller Theater made me think of Wilf not once but twice.

First was when Shaw announced that she had reorchestrated a piece for that concert to replace a piano with a Fender Rhodes because she wanted the electric piano's darker, more biting tone.

Second was when excerpts from a new song cycle included a fantasia on (Shaw would call it a setting of, but she fucked around with it much more than that) ABBA's "Lay Your Love on Me".  It was great.  Shaw's upcoming album of that song cycle with Sō Percussion is already a front-runner for Album Of The Year, just based on the excerpts they played last week.

We had a very intimate Valentine's Day. The Eagles, at Madison Square Garden. With Vince Gill and Deacon Frey filling in for people who are not in the band anymore, for reasons. First half was Hotel California in its entirety, with a bit of business in which a guy in some sort of Wild Bill Hickock outfit started the show by walking across the stage and putting a record on a turntable, and a woman dressed as a cigarette girl came out to flip the record at the appropriate time. It was nice and solid, competent, impressive. No surprises, except for how drunk some of the audience members got (I'm looking at you, lady-of-a-certain-age who tipped over onto me.) Don Henley in fact described it as the kind of chocolate assortment that comes with a map. 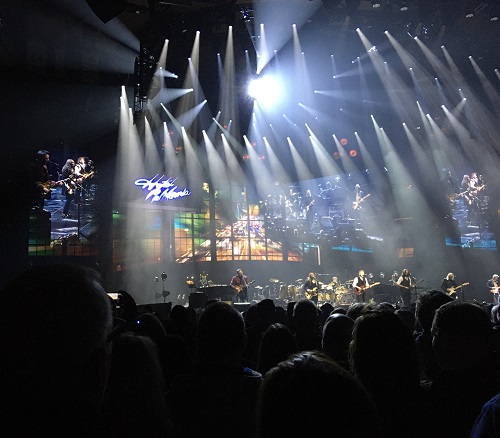 I am happy that you think of me whenever ABBA is played or you need to cook a game bird.

Lord help me - I'm going to see Billy Joel at the garden tonight.