What would YOU have done with these little guys ?

And are they indeed the "real McCoy", that is the "Jewel of Toyama Bay" aka shiroebi ... I think so, but I'm gullible and I want to believe ... and it's still March so I'm a bit confused ... 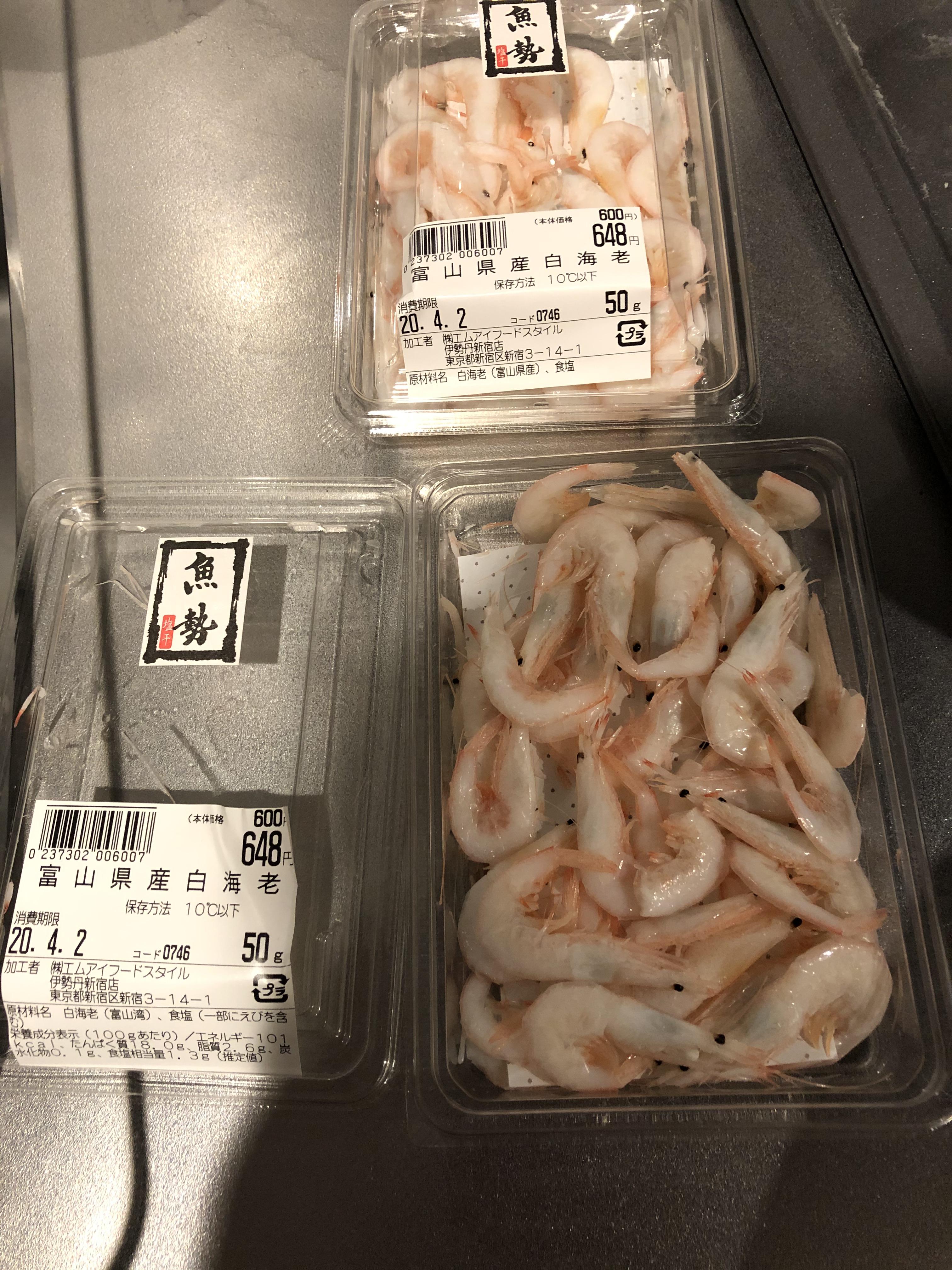 Re: sembei (as pictured elsewhere), my favorite is kuromame sembei, particularly the one made by Akebono (they have a store in Ginza, and probably at a number of depachika).

Pras, you know I have VERY good reason to be VERY upset at you ... but I'm not really the type to hold a grudge ... especially when you were doing your utmost to help a poor, lost soul like sweet, little Chambo

Please note that Akebono does NOT seem to make kuromame senbei anymore ... or at least that's what I believe I was being told ... at a minimum, the Ginza store surely did not have them. I asked (or at least I tried to ask, many times and many different ways) if they were just out of stock or it was a seasonal thing or whatever, but I was being told that they simply don't make them anymore. It sounds strange to me, but whatever

Being one who prefers to turn lemons into lemonade and not wanting my Akebono adventure to result in a big goose egg, I opted to get some of their other snacks for serious reading ... nevertheless I was now even more desperately seeking senbei a la kuromame ... 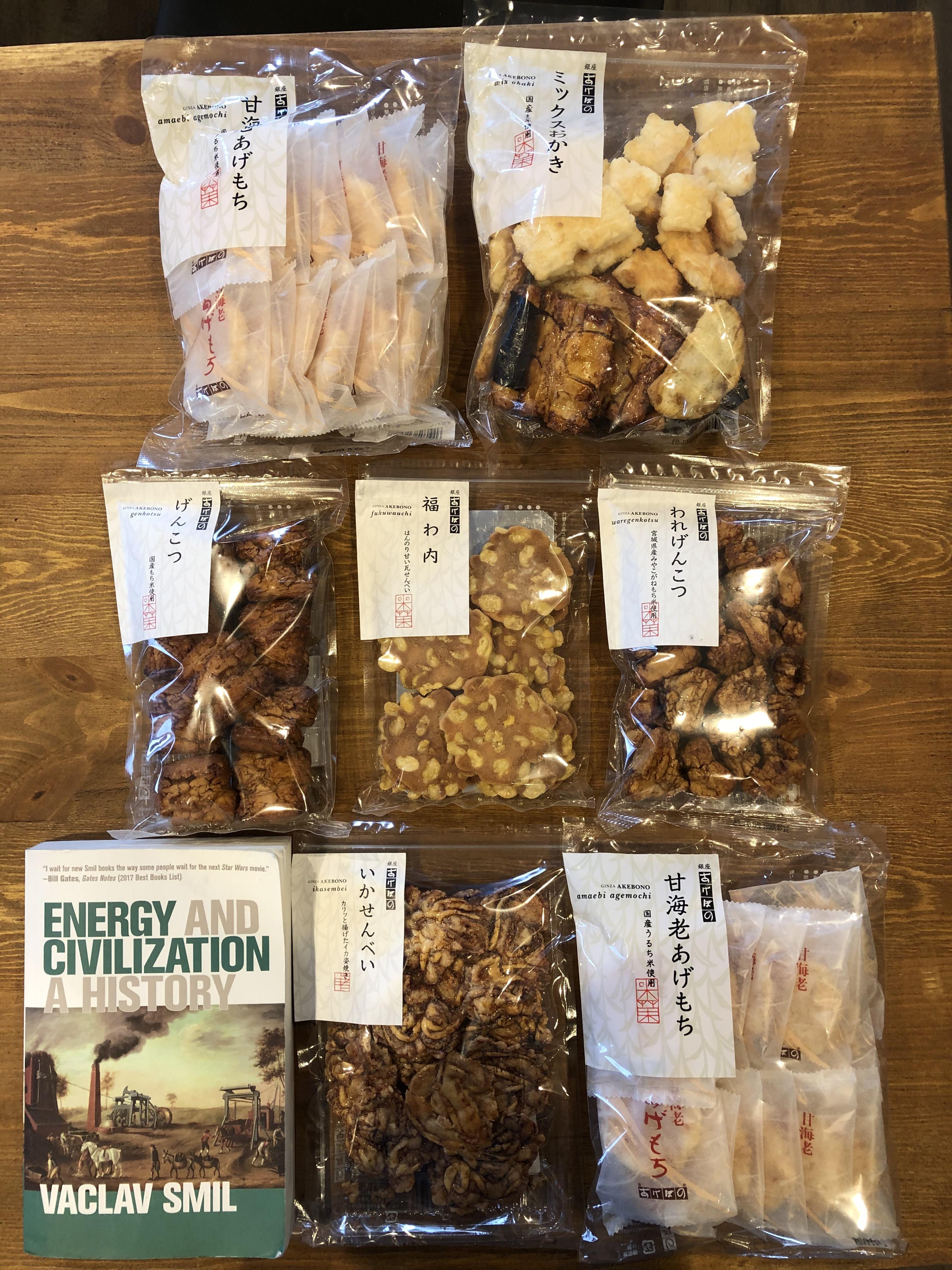 So where would the best place to look for the mentaiko senbei? Which region is it popular in, so I can look for an antenna store when I go back to Tokyo in a few weeks.

According to this https://fukutarousa.com/ you may be able to find it in the US soon.

They don't have branches in Kanto.

Pras, you are oh so CORRECT ! and they are called menbei ... at least by people in the know, like Chambo

I made a trip to Fukuoka for the sole and express reason* of seeing whether you were right or not on this one (cause I was slightly losing faith in you, given the "Akebono Incident") and you came through like a total champ, Pras !  and as you can see, I have made some progress on the kuromame senbei situation

* and I also wanted to do Ev a solid 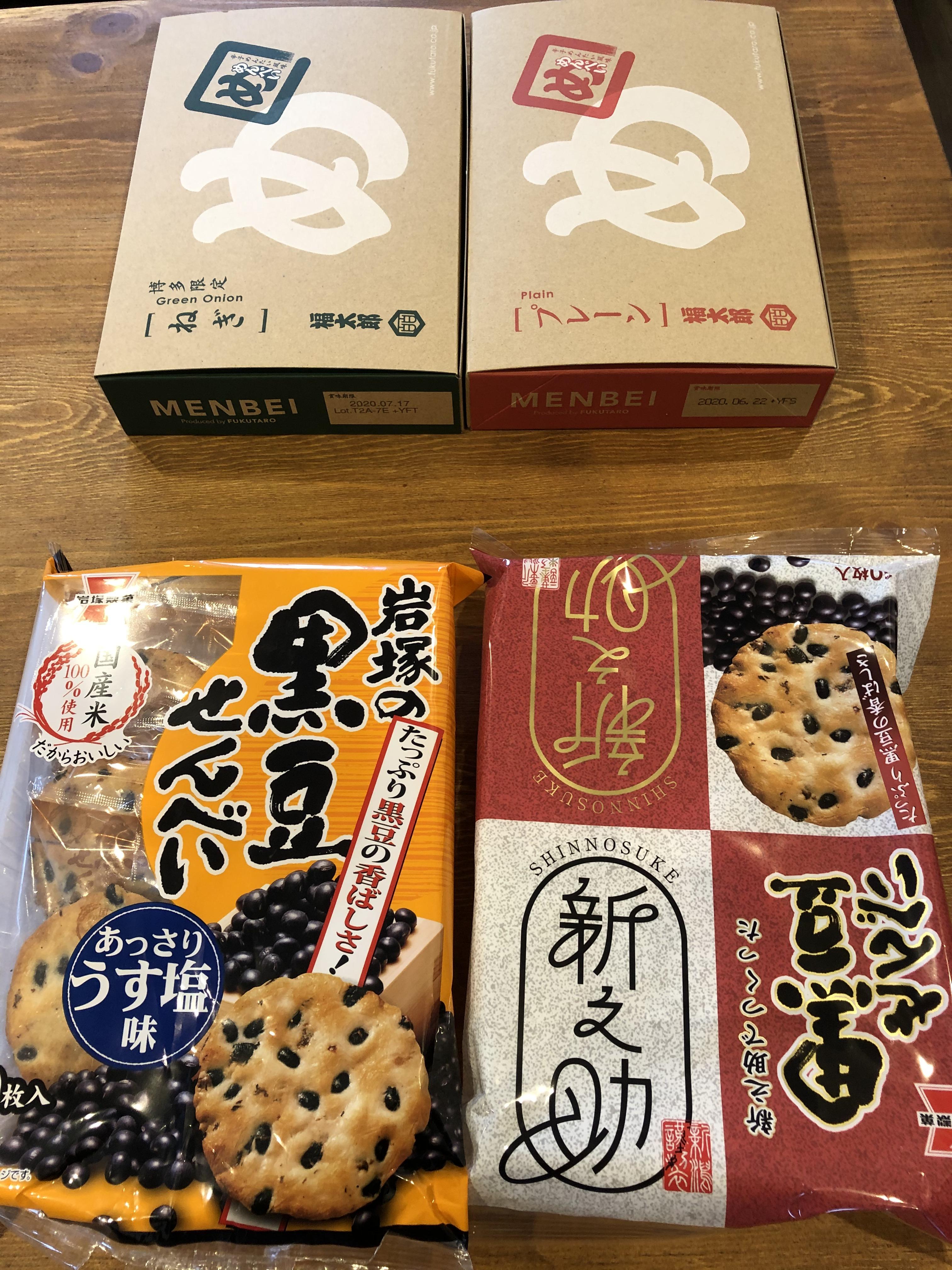 Open and ye shall find ... a bunch of packets ... each containing 2 menbei ... the Japanese sure love to package things, don't they ? 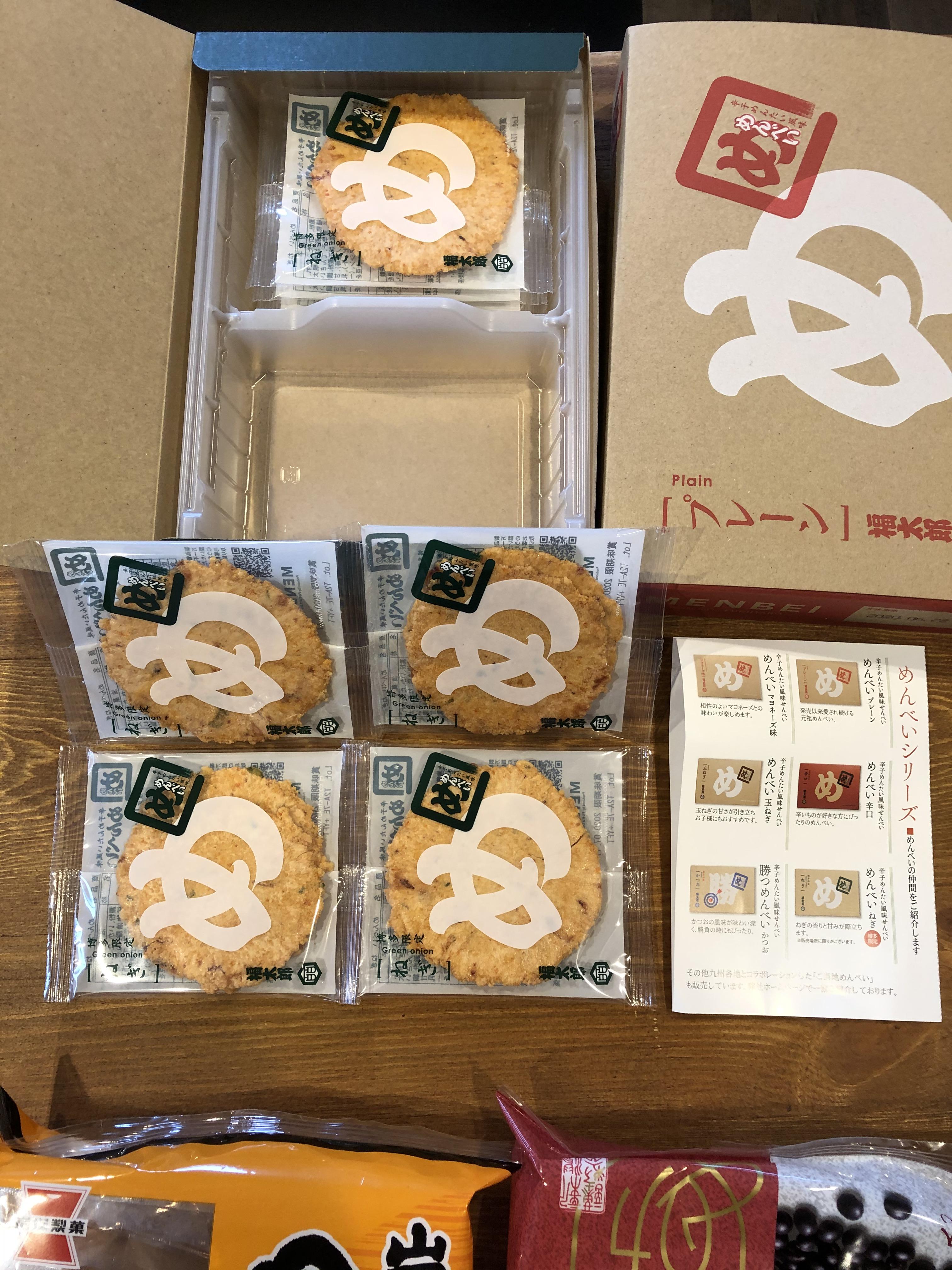 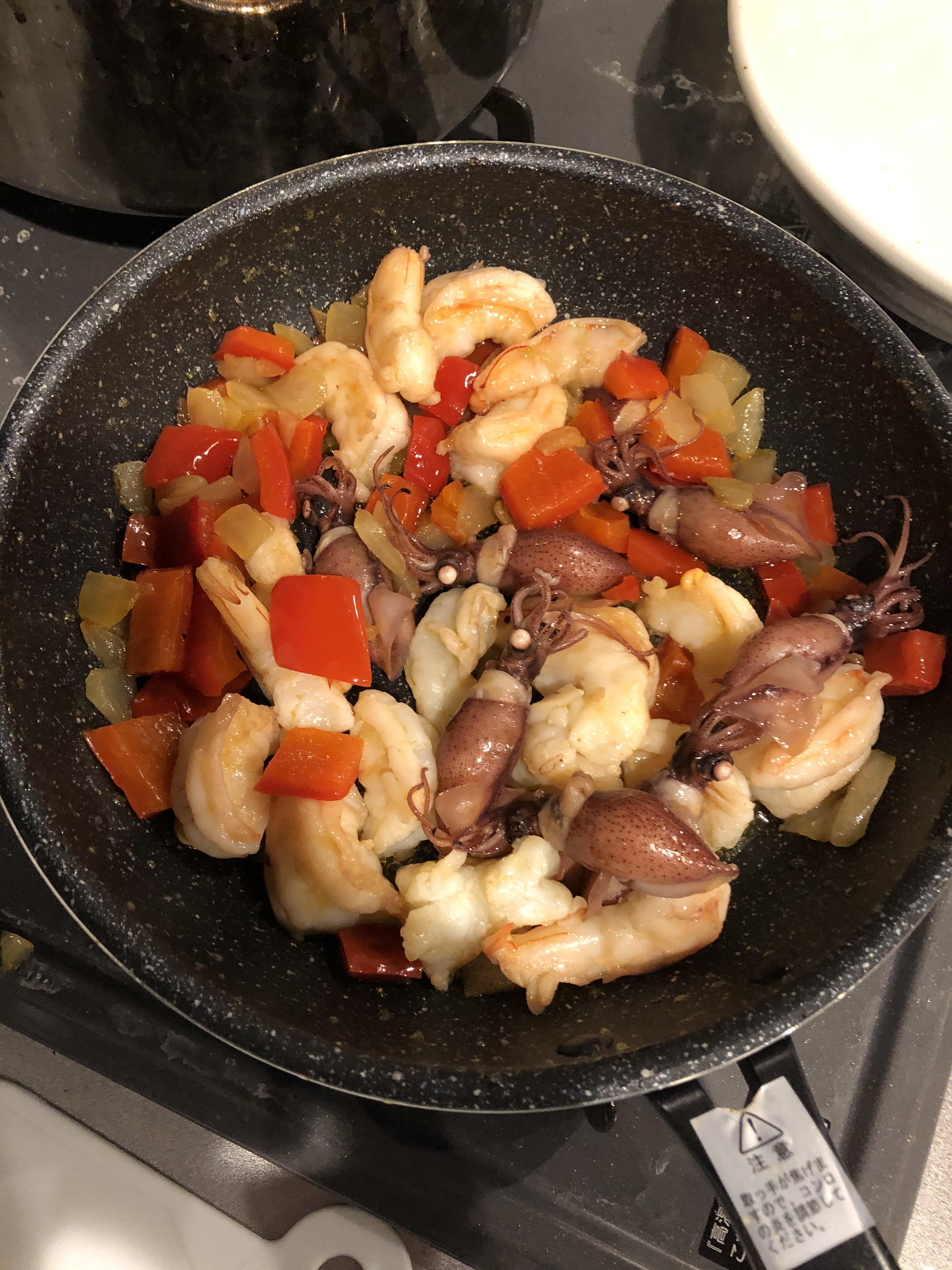 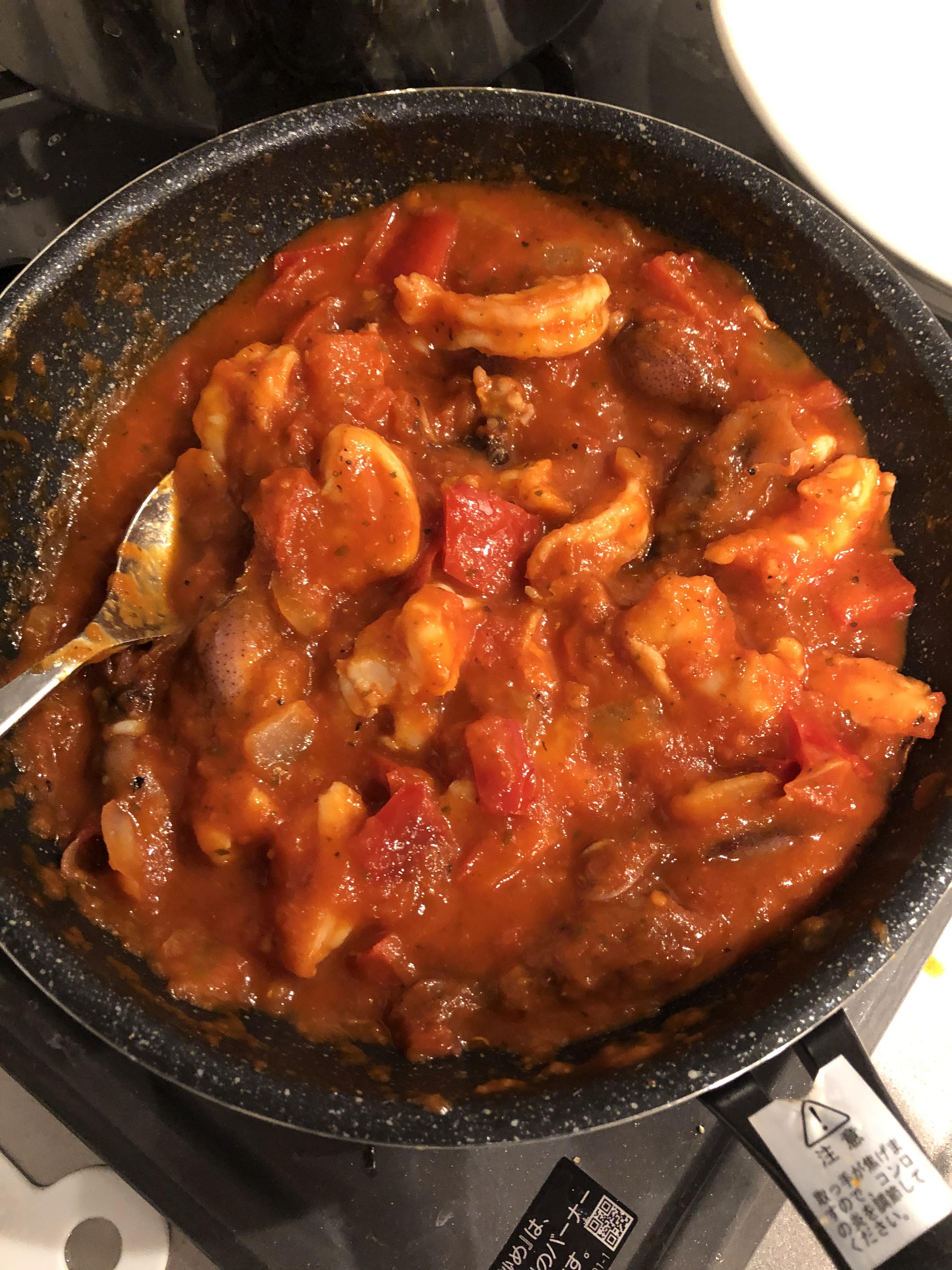 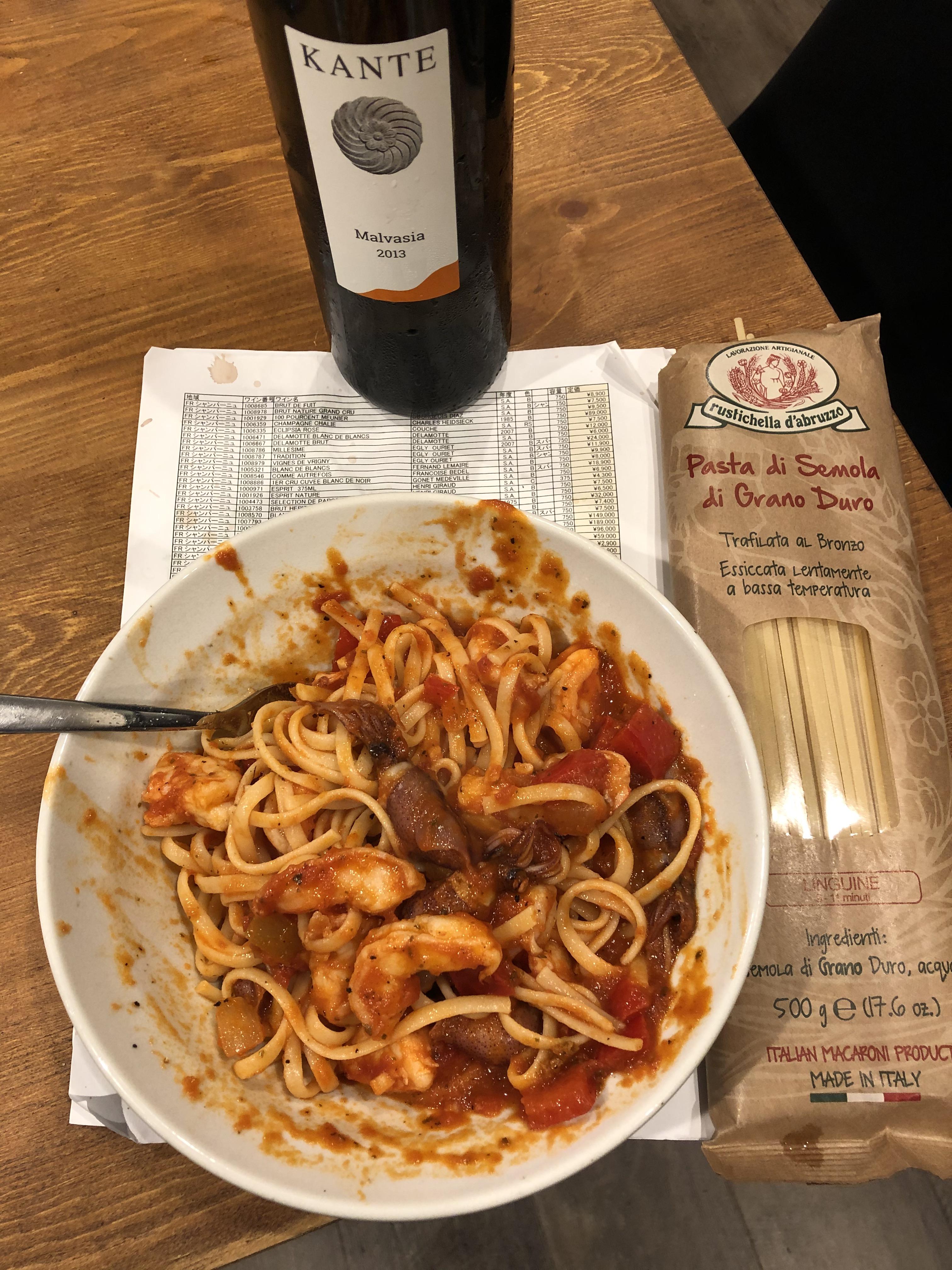 And a dorayaki for dessert, deservedly ... cuz supper without a little sweetness is not a supper worth supping ...
Tis true for life too !
Anyone like my literary placemats ? 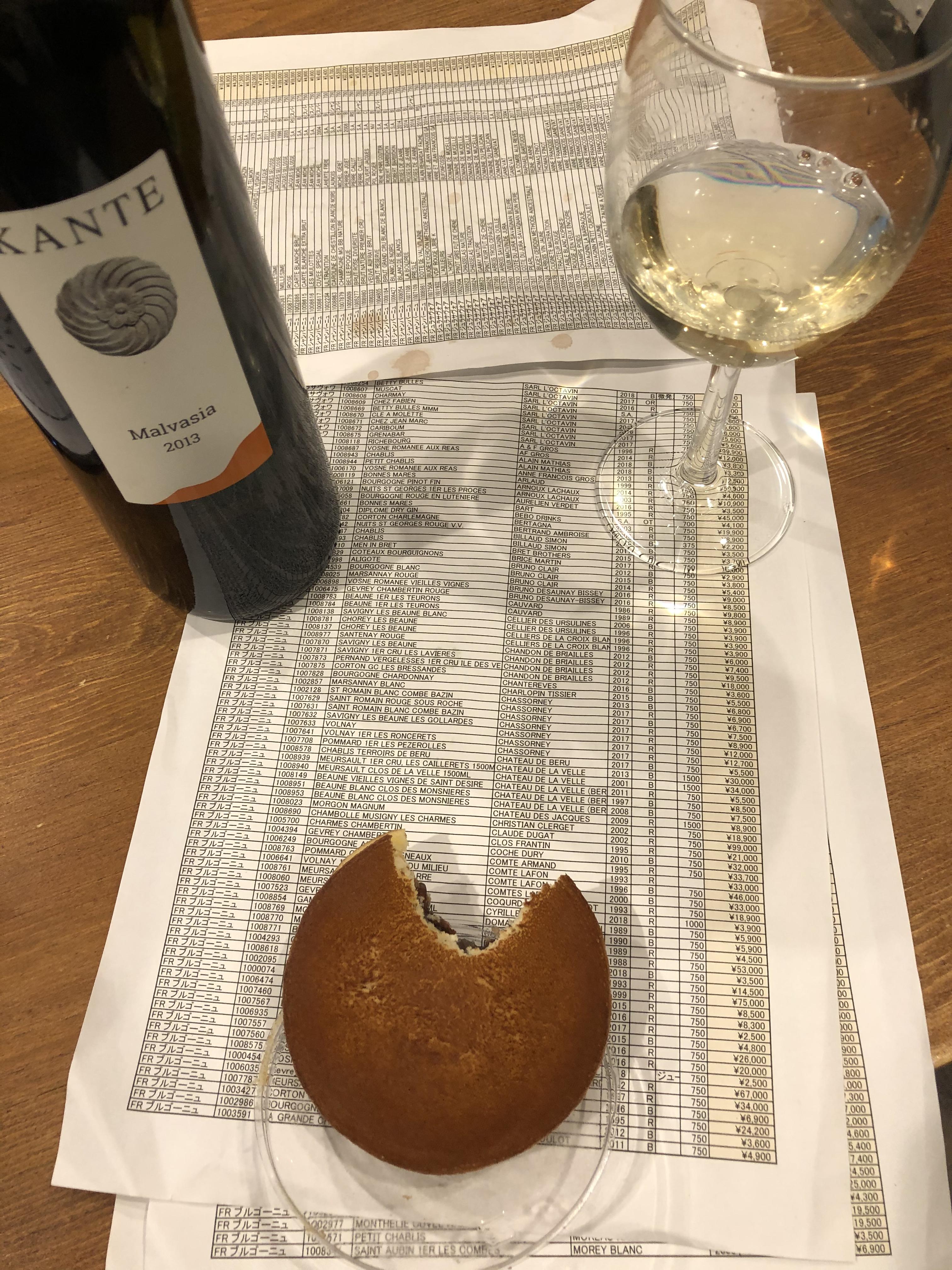 Any recs for Hiroshima ?

Last night when back at Gem by Moto (Tokyo) after having a couple of glasses of wine at a very calm Winestand Waltz after having done a flyby of Ode and passing the tiny but packed Ta-im Israeli joint after having bought some Ethiopian coffee beans at Fresco coffee roasters in out there Asagaya after enjoying a double shot cappuccino there after having munched on a Taiyaki while strolling the long, covered-passageway Asagaya market after doing a flyby of Nanba's less chic sushi spot after having meandered thru the East Gardens of the Imperial Palace again, I sat next to this very with it Japanese gentleman who lives in the hood and Gem seems to be his local. We chat baseball, he's moaning that the Japanese aren't real fans like the Americans cuz they don't like to discuss RBIs, I tell him that yeah RBIs are a bit meaningful but boasting about batting average and HRs are good enough, he mentions his son goes to Berkeley School of Music, I follow that BSofM is a great school and note that I used to live in Back Bay way back and ask him if he likes the Green Monster, and he does, big time and now he's getting excited and we're bonding, NY comes up, he's heading to the Golf Masters Tournament next month flying via NYC but he said New York just said Japanese must quarantine for 14 days (is that true ? I told him that I didn't see that and it's surely not US national policy ... at least at the moment) blah blah blah blah blah

TL;DR I ask him for a Hiroshima resto rec and he mentioned the casual Suishin, which has the advantage of being open on Sunday but that's the only advantage that I'm aware of. He said to consider oysters in Hiroshima but they like to cook their oysters so focus on dishes like cooked oyster with rice, for example. Well, that's a start at least ...

Re the high end, two of Bobby Brown's fave 2014 meals were 3* Nakashima and 2* Tempura Tenko Honten (but now it seems to be a 1* hence not a great sign)

And here's a LONG shot, I got 8 minutes in Kobe, starting at the train track. Any good ideas ? I'm hungry and I need feedback within the next half hour ...

In Topic: So, where are *you* going next?

I am hopeful but not too optimistic my employer/government will allow spring break to occur.

Geesh ... I'm disappointed in you ... a great man like yourself shouldn't be paralyzed with fear like a deer in the headlights ... you know what happens to dem deer ?

Highly unlikely ... that said, those Northern Italians are dropping like flies !

Come on, Tubbs, man up ! This is just nature's way of weeding out the weak ... live you life and let the chips fall where they may ... follow my lead, Tubbs ...

And remember ... when the going gets tough, Chambo ... ahem ... heroically heads to the hot zone !

Alrightie ... enough of that ... heading out to Ueno Park now ... to see if any blossoms have blossomed yet ... you never know unless you go