I thought about bringing my own waitstaff there, in the style of bringing your bread to Katz's.

What about bringing the counter guys from Katz's? 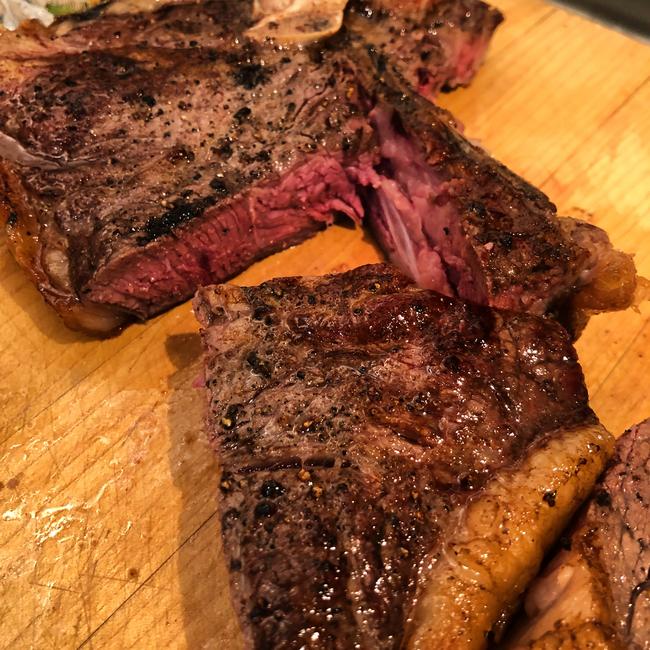 Ends Meat grass-fed porterhouse, about 1.75 lbs. Only aged 21 days as that's what I wanted.

Reverse sear, oven at 225℉, till the steak reached about 115° internal temp. Then slammed in cast iron.

Good lord, yes, back when I was serving my time in WeddingWorld. The famous people were generally a lot nicer than the regular old rich people.

100%.  I do remember smoking with Pacino in some back room at some fancy-dancy event. Not a cigarette, either.

Yesterday at The Strand, and at least for now, in my possession... 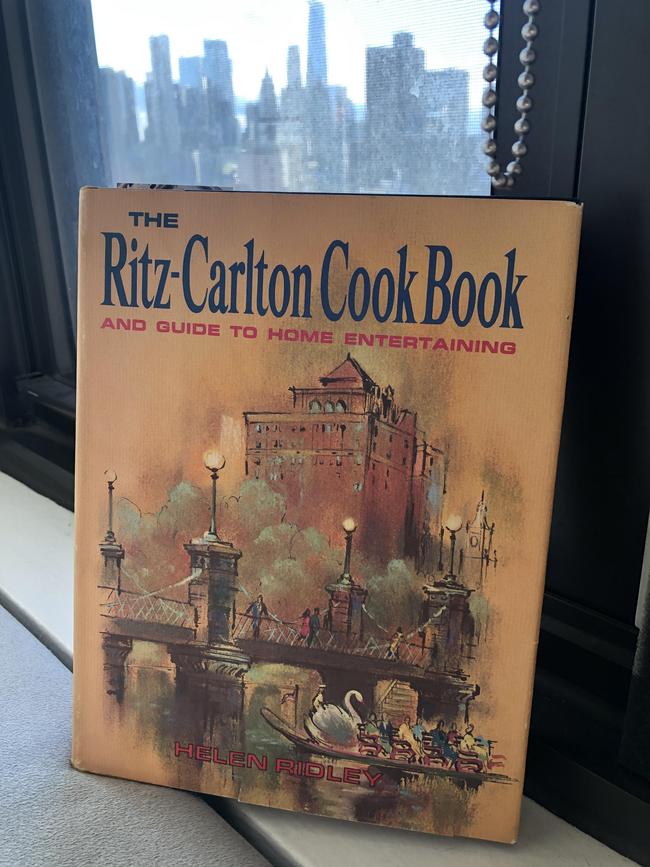 I thought mine was better, but hey, homestyle dishes are often better at home.  And the chicken stock/duck fat can't hurt. 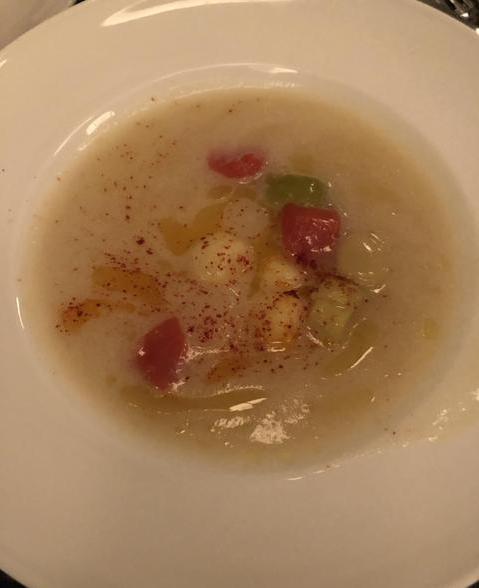 So I guess anyone who criticizes any minority athlete might be a racist. Quite a stretch there.

As I said about those sports pundits on the FAN, idiots. 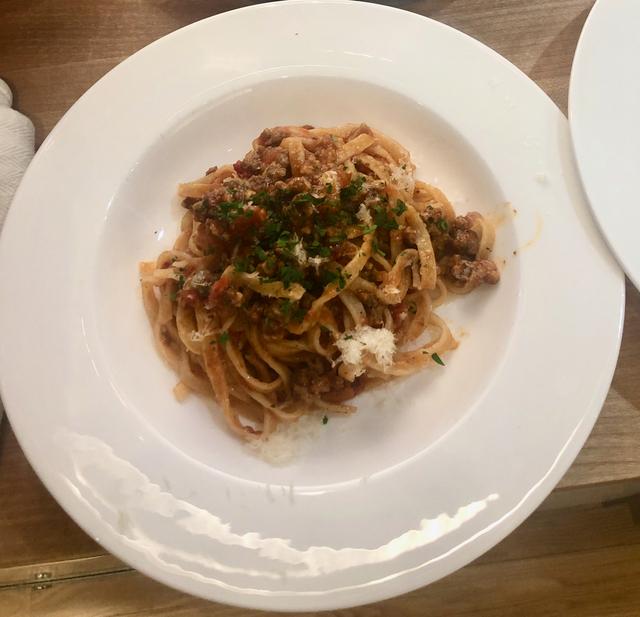 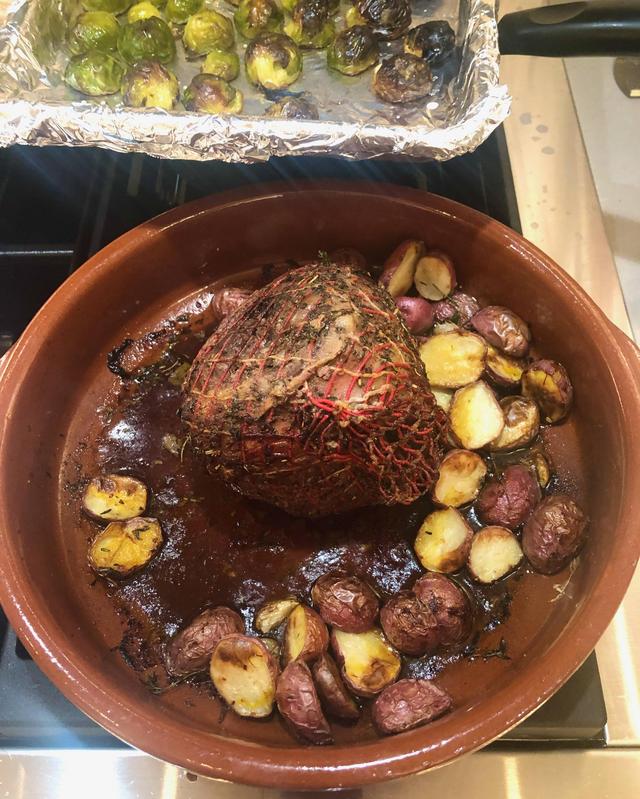 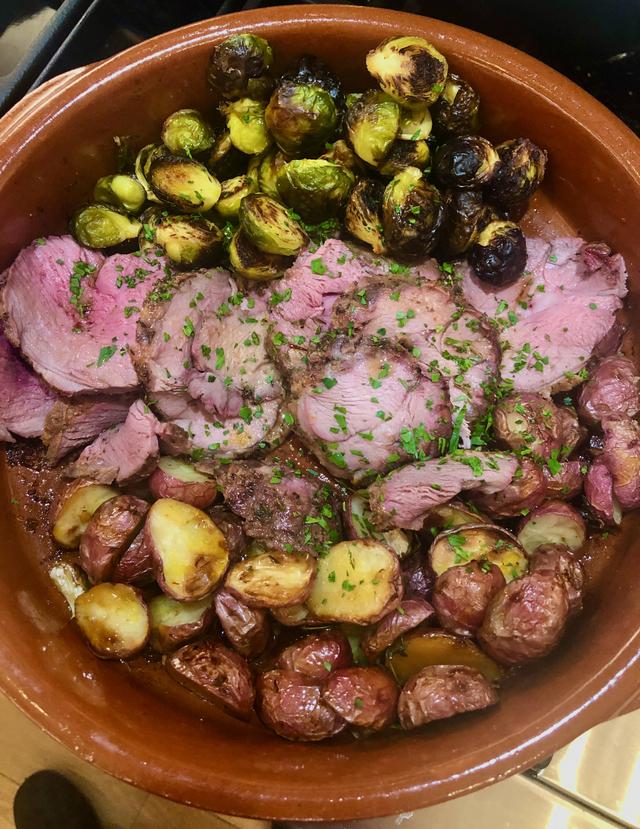 While I'm sure everything was great, that Red Hawk cheese is just so good, it almost makes me think we make some cheeses as good as they do in other parts of the world.

Since the thread is ostensibly about best meals, one of ours was an evening in Provincetown, where we were cooked for by locals. With local stuff.

Scallops, barely cooked.  Razor clams, uncooked, in a great ceviche.  Jonah crab. Grilled black sea bass.  Everything had come out of the sea barely 4 hours earlier.  It was pretty wonderful.

It wasn't exactly supper, but part of a cauliflower I bought from my street corner guy for $2... 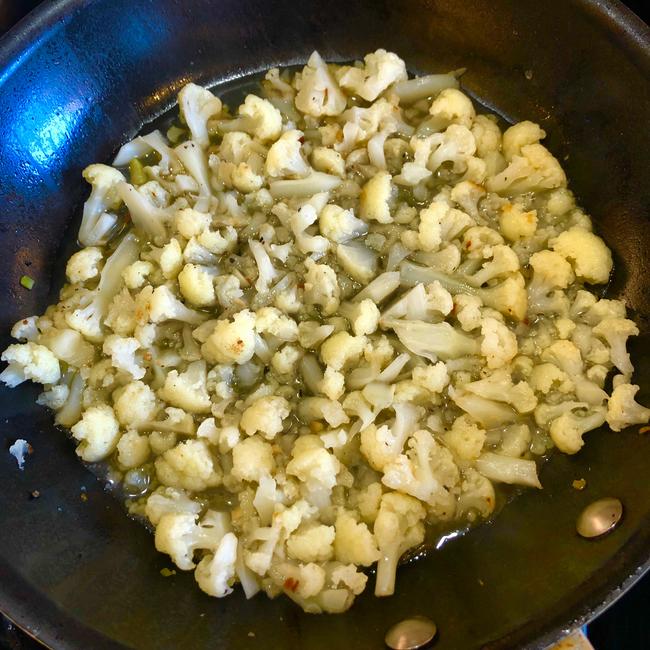 Was cooked to death in garlic, olive oil, red pepper flakes, and a little water, which when the cauliflower was mushy got a little stock to enhance. 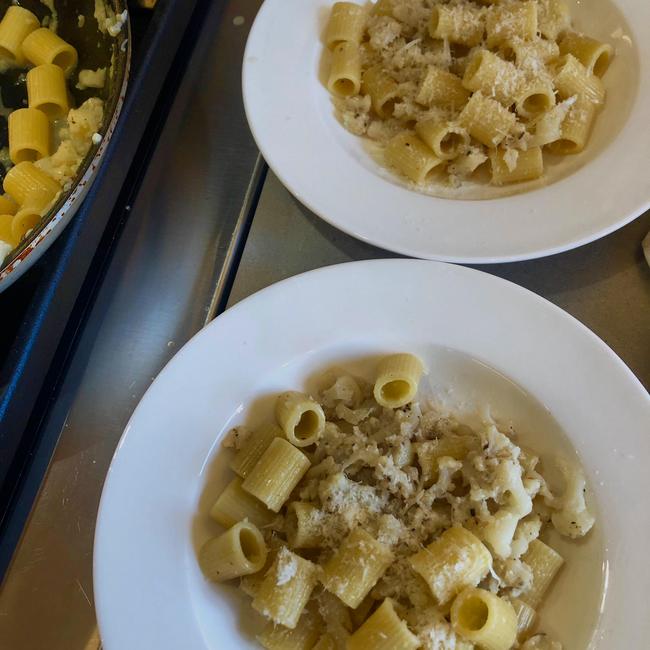 Mezze rigatoni con cavolfiore e pecorino. Lots of black pepper, maybe some parmesan and some of the pasta water.

Sneak and JTF didn't go out for Chinese food yesterday.

The only reason I left the apartment was to go for a walk and smoke a cigar!

But Christmas Eve, we met some friends. At the inimitable Mimi's.

Mimi's has been around since 1956 - and the full story is coming soon on their website. Mimi's was the home of the late, lamented and dear departed Hunter Blue.  Of course, before his departure, Hunter Blue became Chicken Delicious. Also lamented and late.

You know you're at a special place when you walk in, and the hostess sorta glares at you...on Christmas Eve.  Saying we're just meeting some friends at the bar, her steely gaze softened as she said, "That's good, because there are no seats."

Now, sitting around on Christmas Eve at Mimi's, drinking bourbon or rye straight, is a night not to be missed. Songs were sung, laughter filled the air, and then things as they sometimes do when bourbon or rye is involved, got a bit belligerent. Amongst us, that is.  So we all left, went down the block to Hide-Chan for ramen (and it's actually good ramen) and sake, and all was good with the world.

Since I know of no chicken stock taking 12 - 15 hours (I think in general a classic French chicken stock takes 4-5), I push a pressure cooked chicken stock out in 1.5 hours. And then the release takes some time, because if you release pressure too quickly, everything will boil together, and the stock will lose clarity.

As I used to counsel to kids getting married, back when I was in the catering business (and probably, had he known, to the chagrin of my boss) - don't have a big wedding, go to Vegas or city hall to get married, and use the money for the wedding to buy a home.

This past summer, I attended the wedding of a friend's daughter; he had long discussed how much the damn wedding was costing (with 200+ guests).  He said he'd offered his daughter the money to buy a house - he was turned down, she wanted the party.

That registry takes some hubris, that's for sure.

Vis-a-vis the wedding I mentioned; they were so happy with the great pair of knives we gave them.  It's either that or a piece or two of copper cookware when I attend a wedding; whether they've asked for it or not.